Learn how water has a memory and because your body is made of 70% water what this means for you and your health.

The Memory of Water – Experiments and Proof

Water Holds Information – It Has a Memory

Did you know that water has a memory and is affected by thoughts and ideas?
Dr. Masaru Emoto, a leading researcher and author of several books on the memory of water, has done extensive research on how words, music and prayer changes the form of water. He created simple experiments where he would write a word or phrase on bottles of water. After letting the water sit for a while he would take a drop of the water and freeze it to make a water crystal. Then he took photographs of the water crystals under a high powered microscope. The pictures showed that loving and caring words, such as “Thank you,” formed beautiful water crystals and negative words, such as “You fool,” formed malformed and ugly shapes that didn’t look like crystals at all.

If taking pictures of water was the only way to test what kind of water we were about to drink this would be a very good way to tell the quality of water. The information in the photographs paint a picture about where the water has been and how it has been treated.

This is visual proof that water is affected by words, thoughts, ideas and sounds. In fact, all of life is affected in the same way. Not just human but animal, plant and lower forms of life as well.

Videos Demonstrating How Water is Affected by Thought

The images presented in the first video below are actual photographs of crystalized water after being exposed to positive and negative words. This is proof that water can carry information and that it indeed does have memory.

This second video is a short clip from the movie “What The Bleep Do We Know.” This video includes the ugly images of the waters from Japan’s Fugiwara Dam before and the beautiful crystal that formed after being prayed over by a Zen Buddhist monk. It also includes images of distilled water before and after.

Experiments That Prove All of Life is Affected by Thought

The following experiments demonstrate how different forms of life are affected by thought.

Cleve Baxter, a polygraph specialist and former expert for the CIA, did a series of experiments in the 1960s on different forms of life where he shows how human intention affects life. To test this theory an experiment was conducted by attaching a plant to a polygraph machine. Baxter would think about burning a leaf and the needle on the polygraph would jump showing the plant’s reaction to this thought but more interestingly the plant only reacted when Baxter actually intended to burn the leaf and not when he pretended to. The plant seemed to read his true thoughts and emotions and not weak fantasy imaginings. Needless to say, the plant reacted as well when the plant was actually burned.

Mythbusters, a show which aired on The Discovery Channel, recreates Baxter’s plant experiment as shown in the video below. They explain how a polygraph works in detail and shows the “emotional” reaction of the different experiments, or assaults, on a plant. Near the end of this video one of the men imagines burning the plant using strong emotion and the plant reacts with a big spike on the polygraph.

Baxter has conducted other experiments such as one with bacteria in yogurt. In the video below he separates the yogurt culture, putting some in a beaker and some in a test tube connected to the polygraph machine. The bacteria in both the beaker and the test tube has a connection to each other so when Baxter adds milk to the beaker within a few seconds the bacteria in the test tube seems to detect something going on and the polygraph needle begins to jump in reaction to it. This simple test shows that both samples of bacteria are connected in some way because when something happens to one sample the other sample experiences a reaction. Bacteria is a form of life and like the plant and all other life it responds to outside stimuli whether it is being affected directly or indirectly.

Whether or not you believe that the plant or bacteria has emotions, psychic abilities or extra sensory perception (ESP) something is definitely happening with the plant and the bacteria culture as shown in the three videos above. You can call it an emotional, psychic or energetic reaction if you like but no matter what you call it these living things are able to sense something is going on and is being affected by it.

The most interesting part about these experiments is the fact that all life reacts to thoughts. This is how energy healing works. The “healer” makes a strong psychic and energetic connection with another person, or whatever he or she is trying to affect with the energy healing such as an animal, plant, bacteria or water. Once a strong connection is made the person initiating the energetic connection, i.e. the “healer,” can more easily create change in the emotional, mental and physical body of the person he/she is trying to affect.

You can create a strong psychic and energetic connection with someone just by thinking about them intently. The more intense the thought or emotion the more connected you are with that person. Sometimes the greater the connection that is made the more the other person can feel it. For example, when a person loves another the other person can feel this love. The stronger this feeling of love is the better the other person can feel it. The same happens with anger. You can feel when someone is angry even if you have your back turned to them and you didn’t know they were there. You may begin to feel weird and your mood changes as a subconscious response to the strong emotions that are being sent to you psychically and energetically. You are reacting to their thoughts and emotions.

This is the same phenomena that happens when you feel like someone is watching you. To people who are more sensitive and who can feel these energies more easily it can cause an uneasy feeling that may make you feel self-conscious and it can even make you feel dirty.

In the first two videos in the section above the man creates a strong psychic and energetic connection with the plant just by intently thinking about it (about burning it) and it creates a reaction in the plant as shown by the jumps of the needle on the polygraph machine.

For example, I do a lot of energy healing and I expend a lot less energy now that I’ve been doing it for so long than when I first started. Basically, it becomes more effortless. In fact, I can connect strongly mentally, psychically and energetically with anyone and anything just by slightly thinking about the person or thing. When I first started out I had to use a lot more energy and mental effort. I realized this because results took longer back then to manifest than it does now.

The Human Body is Affected in the Same Way

The physical body, and all of its cells, are affected in the same ways as the plant and bacteria in the experiments spoken about previously. Just think if you are looking at pictures, watching movies, reading articles or books and listening to certain kinds of music as demonstrated in the images of the water crystals on Dr. Emoto’s website and in his books. The same thing is happening within you. If the images, etc., are hateful or negative in nature your body’s water is being affected in a negative way. If the images, etc., are loving and beneficial in nature then your body is being affected in a positive way.

The art that you place in your home is, for most people, pleasing and of a positive nature. You choose certain images and scenery because it makes you feel good. When you are sitting in a room of your home with positive images surrounding you they are having a beneficial effect on your body.

If the art you choose to place in your home is chaotic in nature you just may be affecting yourself negatively. So choose wisely what kinds of images you place around you.

Speaking negatively to yourself and surrounding yourself with negative images, thoughts or ideas damages the water in your cells and subsequently damages the functioning of your cells, organs and your body’s systems and causes a negative impact on your health.

Remember the pictures of the water crystals at the beginning of this article? Which kind of water would you rather drink? The beautifully formed water or the malformed, ugly, toxic-looking water. Most of the water used in Dr. Emoto’s experiments was clean, distilled water, which is said to be pure water. You wouldn’t think that water would look different after being shown certain words or pictures, or when certain music is being played nearby. When I first found this information I was amazed.

As a side note, on this page of pictures by Dr. Emoto there is a photograph of water that was shown a picture of an elephant. I find it particularly interesting because elephants are my favorite animal and the image is so beautiful I am kind of surprised how beautiful it is. I wonder what the water crystals of other animals look like.

Some people believe water is water no matter where it comes from but I believe the water that forms beautiful water crystals is better because it is in a better state of health. In the same way you wouldn’t want to eat an animal that is sick you don’t want to drink sick water. And if the picture of the water looks sick I would rather not drink it – if I had a choice, that is. Personally, I would rather drink, beautiful water.

I would also like to add how important water is to the body. If you do not drink enough actual water, not liquids that contain water such as sodas, you become susceptible to all sorts of conditions and illnesses because the cells of the body need clean, colorless water to be able to carry out all of the body’s different functions. And the better the condition, i.e. health, of the water the better the water is for you. That’s why a nice spring water is better for you than tap water. Not just because it’s not coming out of dirty pipes but because spring water comes from (or it is supposed to) a natural source that mother earth prepares for you.

There is certainly a lot more I could say about what is negatively affecting your body such as cigarettes and sugar but I would have to write another article because this one is getting too long. What I will say is that just placing cigarettes and sugar next to the body, without ingesting it, causes the body to have a negative reaction that you may not necessarily feel. Only people who are extremely sensitive to the energies of the body will notice it but the majority of people do not.

When you have time I recommend you watch this fascinating video. Water really is amazing.

This video is a longer look at water and how it has memory. It explains in detail how water holds memory from a scientific standpoint. 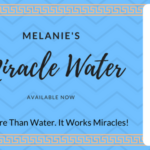 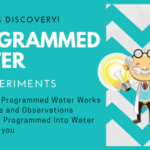 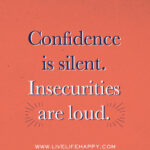 What beliefs or habits do you want to install into your mind and body? 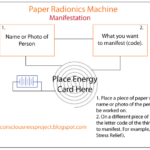 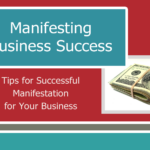